On Wednesday 16 March 2022, our Chief Financial Officer, Mr Eminos Manyawi was bestowed with an award / plaque “of recognition for outstanding commitment to supporting the endeavours of HIGHER HEALTH in improving the lives of students countrywide” by the Honourable Minister Dr Blade Nzimande and the Honourable Deputy Minister Buti Manamela.

Higher Health is an entity of Universities South Africa that receives support from the DHET, the EU and other domestic funders. Its mandate is to realise graduate success by ensuring the holistic development of South African students, where their health psychological development and safety play a central role to their families, community and the country’s economy at large.

Higher Health has a presence at every public health and TVET throughout the country.

Mr Manyawi is a member of the Audit, Finance and Risk Committee of the Board of Higher Health and has been in this role for the last three years. During that time, he has been involved in seeing the phenomenal growth of the entity both from its operational capacity, staffing and funding.

Besides the Minister and his Deputy, the ceremony was attended by other dignitaries including the European Union Ambassador to South Africa and the entire board of Higher Health. 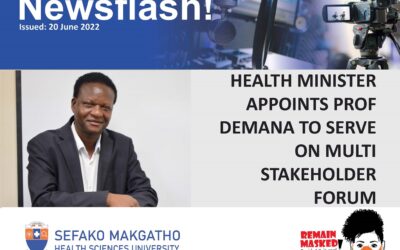 The Minister of Health Dr. MJ Phaahla has appointed the SMU Acting DVC Academic and Research Prof. Patrick Hulisani Demana to serve on the Forum to promote Transparency and Multi Stakeholder Engagement Regarding Medicine Availability for the period ending March 2024.... 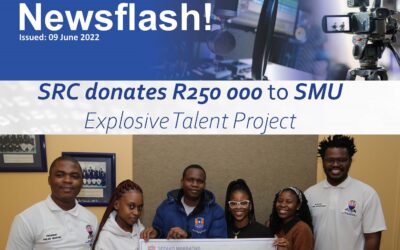 A significant part of being a student is the need for a balance between academics and social life. This balance was, evidently, disrupted at the height of covid-19, particularly, during the hard lockdown period. A need, therefore, arises for students to be more... 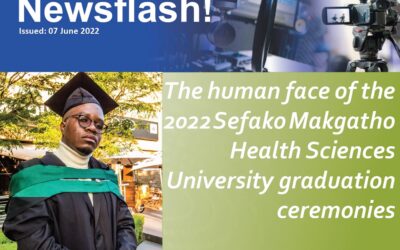 “I want nothing but the best for myself and those I care about. I constantly go above and beyond to assist those around me to become the greatest versions of themselves. I’m quite proud of what I have been able to accomplish in my life, thus far”. What s this all...